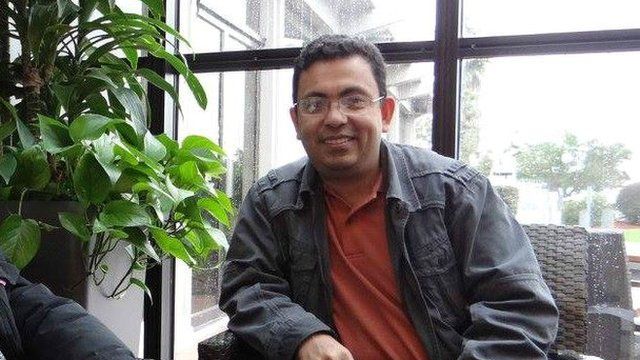 We got a verdict today after six years of confusion and delay. I am sorry for turning down media requests for interviews. Instead, I am posting this statement below to summarize the situation and pose questions that have gone unanswered.

In 2015 my late husband Avijit Roy — Avi — and I visited Bangladesh, our home country, for the annual book fair where two of Avi’s books were being published. We were attacked by Islamist terrorists. Avi died, I barely survived and then the killing spree continued for another year.

Today, the courts released their verdict. They judged whether or not the attackers murdered Avijit for writing books and blogs about science, philosophy and religion. This verdict is not a closure for me or our family, I never expected it to be.

In six years, not one person investigating the case in Bangladesh reached out to me — though I am a direct witness and victim of the attack. In January, the state lawyer in the case publicly lied, saying that I did not agree to be a witness in the trial. The truth is, no one from Bangladesh’s government or the prosecution has ever contacted me.

Here are my thoughts about this verdict:

The main two culprits — Sayed Ziaul Haque, the top commander, and Akram, the top operative of the militant group that attacked us — have never been caught. Last week (in the verdict following the murder of Avi’s publisher, Faisal Arefin Dipan, in 2015), we learned that Haque continued to mastermind the serial killings of other secular writers and publishers for EIGHT MONTHS after Avi and I were attacked. And yet, Bangladeshi authorities failed to put him behind bars.

Today, civilized countries cannot get away with extrajudicial killings. But in 2016, Bangladeshi police carried out the extrajudicial killing (via“crossfire,” as it’s commonly called in Bangladesh) of Mukul Rana‘Sharif.’ He was reportedly a top operative of the militant group that attacked us. Sharif was in police custody for months before the authorities killed him. Why was Sharif killed? Wouldn’t he be a good witness if he was alive?

Dipan’s verdict from last week includes this confessional statement from one of the convicted killers:“In 2015, money used to flow in to kill bloggers, publishers and homosexuals in the country.” I want to know: who has investigated this flow of money? Has anyone? What will these verdicts accomplish, if we don’t get to the source of the money — or rather, to the source of the killings?

On February 26, 2015, Avi and I were invited to meet a group of science writers. The people who organized that event kept us waiting for hours. Finally, we met the group in the evening. After the event, we were attacked, and Avi was killed. Were the organizers of that event ever investigated? What was the outcome?

Bangladesh’s government has become more autocratic since we were attacked. Freedom of speech has been restricted further, secular writers, bloggers, activists were forced to leave the country during and after 2015, a harsher Digital Security Act has been enacted, bloggers, writers, publishers have been persecuted for their writings on a regular basis. Bangladesh’s Prime Minister is increasingly friendly with Hefazat-e-Islam, the Islamist group of madrassah teachers and students that demanded “the heads” of secular writers and bloggers in 2014.

Simply prosecuting a few footsoldiers — and ignoring the rise and roots of extremism — does not mean justice for Avi’s death, nor for the deaths of the‘bloggers, publishers and homosexuals’ before and after him as part of the serial killing. That’s why this verdict will not bring peace to my family or theirs.